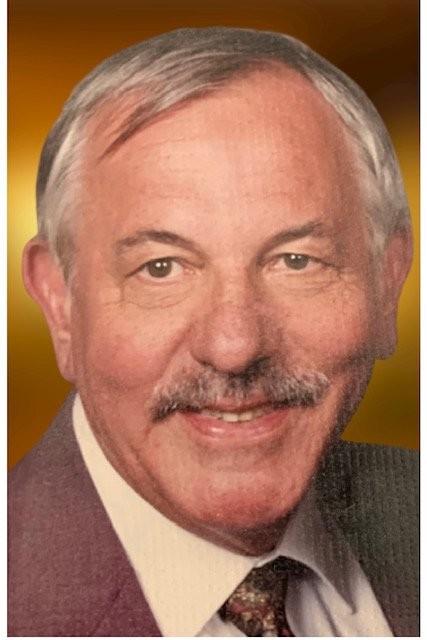 WILLIAMSTOWN • Gerald E. Snyder, 81, of Williamstown, passed away peacefully with his family by his side Saturday, March 20, 2021. Born May 7, 1939, in Leck Kill, he was a son of the late Lawrence and Catherine Hinkel Snyder. Gerald was a graduate of Mahanoy Joint High School and attended Bloomsburg University. He was a U.S. Air Force veteran and played in the Air Force Band. Gerald was previously a band director/teacher at Tri-Valley, Blue Mountain and Williams Valley school districts. He and his wife were the retired owners of the former Karpet Korner in Lykens, a business they operated for more than 35 years. He was a member of the Sacred Heart of Jesus Catholic Church, Williamstown, Williamstown American Legion, Williams-town VFW and the Williamstown Liberty Hose Co. No. 1, where he served with the fire police. Gerald played in the Larry Koch band on weekends in his early married years. He was a kind and generous man, who always tried to help someone in need by lending a hand or giving them a job. He always rooted for the underdog, even while watching sports. Gerald wanted to connect with people, he always wanted to know where someone lived and how they made a living. When asked if he could be anyone in the world, he answered that he didn’t want to be anyone else. He loved his life, his family, and he was happy being himself. Gerald and Joan had a great passion for traveling and enjoyed trips all over the world, something they instilled in their family, to explore the world. He enjoyed going to the horse track and formerly owned a race horse. He could often be found listening to music and watching sports. He was extremely proud of his family, especially his two granddaughters, who brought him great joy every day. In addition to his parents, he was preceded in death by an infant son, Gerald J. Snyder; a brother, Leon Snyder; and two sisters, Arlene Snyder and Lorraine Martz. Surviving are his wife of 56 years, Joan Klemick Snyder; two daughters, Christine M. Schumber (Eric) of Halifax and Susan K. Ziegler (Steve) of Williamstown; two granddaughters, Fran-cesca and Isabella Ziegler; two step-grandchildren, Lauren and Zachary Schumber; a sister, Carol Miller of Lebanon, two brothers, Randy and Larry Snyder, both of Pitman; and nieces and nephews. A Mass of Christian Burial will be celebrated Thursday, March 25, 11 a.m., from Sacred Heart of Jesus Catholic Church, Williamstown, with Rev. Michael Opaki as celebrant. Visitation will be from 10-11 a.m. at the church. Burial with military honors will be in the parish cemetery. In lieu of flowers, donations should be made to the Sacred Heart of Jesus Church, c/o Parish Office, 732 Main St., Lykens PA 17048. Thank you to Premier at Susquehanna, Millersburg, for all of the loving care that was given to Gerald during the past few weeks of his life. The staff went above and beyond to support Gerald and his family. The Dimon Funeral Home & Cremation Services Inc., has been entrusted with the arrangements. To send online condolences to the family, visit dimonfuneral home.com Paid by funeral home