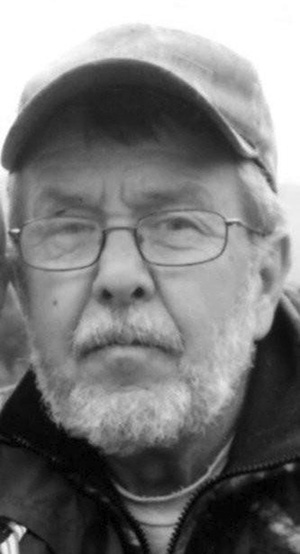 WILLIAMSTOWN • George L. Shomper, 73, of Williamstown, passed away unexpectedly Tuesday morning, July 9 at his home. He was born in Pottsville, Dec. 2, 1945, a son of the late Herbert and Anna Sedar Shomper. George was a 1963 graduate of the former Williamstown High School. He was a U.S. Army Veteran of the Vietnam War. He retired as a skill trade leader from TYCO, Lickdale. He was a life member of the former Holy Spirit Byzantine Catholic Church, Williamstown, where he served as the sexton and caretaker of the cemetery. He currently was an active member of Ss. Peter and Paul Byzantine Catholic Church, Minersville. He was a member of Williamstown American Legion and a life member of the Liberty Hose Co. No. 1, Williamstown. George was an avid sports fan always supporting Williams Valley and Tri-Valley alike. You could always find him at a baseball, softball, football or basketball game, a wrestling match or in his yard feeding the deer and turkey. In addition to his parents, he was preceded in death by an infant daughter, Leigh Ann. Surviving are his son, Jeremy Shomper (Josh), Charleston, S.C.; his daughter, Lisa Zettick (Michael), Ashland; and two grandsons whom he adored, Marek and Deklan Zettick. Office of Christian Burial was held July 13 from the Chapel of the Dimon Funeral Homes, Inc., Tower City. Burial with military honors was in Holy Spirit Byzantine Cemetery, Williamstown. In lieu of flowers, donations can be made to the Williamstown American Legion, 123 W. Market St., Williamstown, PA 17098 or Ss. Peter and Paul Byzantine Catholic Church, 107 S. Fourth St., Minersville, PA 17954. To sign the guest book, visit dimonfuneralhome.com
This is a paid obituary