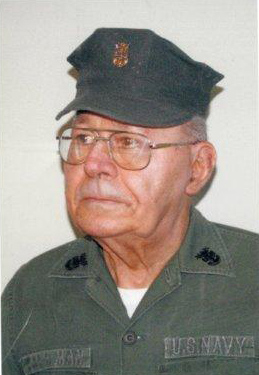 TOWER CITY • George Edward Tallman, 78, of Tower City, Pa., passed away Tuesday, Feb. 2, 2021. Born April 21, 1942, in Pottsville, Pa., he was the eldest son of the late George W. Tallman and Christine E. Tallman. He was preceded in death by his wife of 46 1/2 years, Carol W. Tallman, and a brother, William of Bethel, Pa. He is survived by a brother, John of Dauphin, Pa.; a sister, Virginia of Tower City, Pa.; a sister, Helen of Sacramento, Pa.; a brother, Joseph of Tower City, Pa.; a brother, Richard of Lykens, Pa.; a sister, Nancy of Lykens, Pa.; and numerous cousins, nieces, nephews, grand-nieces and grand-nephews. He was a graduate of Porter-Tower High School, Reinerton, Pa. He was a partner and co-owner of his family farm, George W. Tallman & Sons, which later became Tallman Family Farms LLC. In addition to farming, the family also had interests in strip mining, and as a result, he learned to operate nearly every piece of earth-moving equipment known to engineering. In 1963, with the Vietnam War becoming more and more of an issue, he decided to serve his country and enlisted in the U.S. Naval Reserve Seabee Detachment in Harrisburg, Pa. He thus began a military reserve career, which took him to California, Guam, Rhode Island, Vietnam, Norfolk, Va., and back to Harrisburg, Pa., as an instructor and asphalt plant operator. While in Vietnam, he was deeply involved in the TET Offensive of 1968. He and his fellow Seabees were often called upon to take up defensive positions in the Da Nang area of Vietnam. His service culminated in a total of 30 years, both active duty and reserve. He retired from the U.S. Navy Seabee Reserves in 1993 as a master chief petty officer. As a youth, he was a member of the local Boy Scout Troop until it disbanded, the 4-H Club and the Luther League. He was a life-long member of St. Peter’s Evangelical Lutheran Church, Reinerton, Pa., where he taught Sunday school, served on church council for more than 24 years, served as Sunday school superintendent, served as a communion assistant and in various other capacities. He was a member of the cast of the annual Madrigal Dinner Pageant for its total run of 26 years and was cast in the role of “First Lord.” He served on the District Council of the Schuylkill Mission District of the LCA as well as the Northeastern Pennsylvania Synod Council of the LCA. He was a voting delegate to the constitutional convention of the Evangelical Lutheran Church in America. His interests other than farming, the military and his and Carol’s big family, were visiting historical sites particular to Pennsylvania history and those having to do with the War Between the States. Whenever the opportunity permitted, he and Carol took a road trip to a historical site to spend a day or a weekend exploring. He was also a member of the Johannes Schwalm Historical Association and shared his Vietnam experiences with the association members at their annual reunions. George was a joyful personality, who shared that joy with all who knew and loved him. If you met George on any given day, you were sure to feel better, for he had a kind, and fun-loving spirit that was readily shared. He was dearly loved by his brothers and sisters, cousins, nieces, nephews and his and Carol’s extended family. He will be sorely missed by all. Interment will be at Fairview Cemetery in Muir, Pa., with military honors at a date to be scheduled at the convenience of the family. A Celebration of his Life also will be scheduled at a future date. Memorials in honor of George, may be made to the Tower Porter Ambulance Association, PO Box 33, Tower City PA 17980 or to St. Peter’s Evangelical Lutheran Church, 1931 Wiconisco St., Reinerton PA 17980. The Dimon Funeral Home & Cremation Services Inc. has been entrusted with arrangements. To send condolences to the family, visit dimonfuneralhome com Paid by funeral home