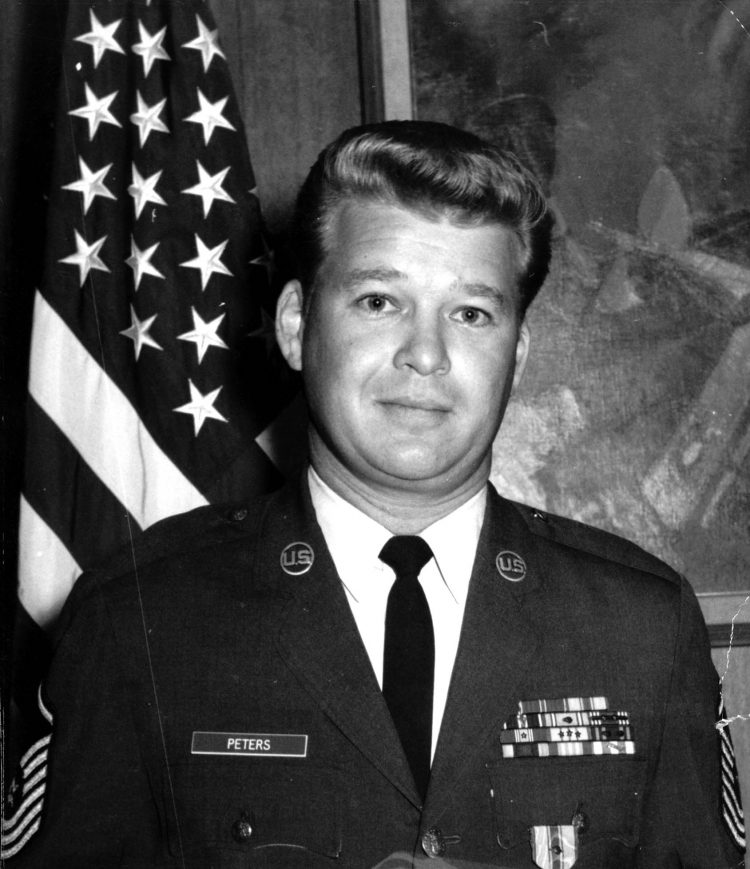 HALIFAX • Retired USAF Chief Master Sergeant, George C. “Pete” Peters, age 81, of 2175 Bordeuax Court in Harrisburg, passed away peacefully at his residence, Thursday, Feb. 7, 2019. Pete retired from a career in the U.S. Air Force after 21 years of service. He later served as director of administration for the former Pennsylvania Nurses Association, retiring in 1990. Pete was the son of the late George E. Peters and Virginia Daum-Peters. Pete’s 21 year Air Force career took him around the world, mostly on special duty assignments, including a tour of duty as an adviser to the Vietnamese Air Force during the Vietnam War. He had the very prestigious honor of being named one of the U.S. Air Force’s “12 Most Outstanding Airmen” in 1970. Chief Peters was a recipient of the Bronze Star, three Meritorious Service Medals, four Air Commendation Medals, the Air Force Outstanding Unit Award with v-device, Outstanding Airmen of the Year Ribbon, Republic of Vietnam Honor Medal 2nd Class, Vietnamese Gallantry Cross with Palm, Vietnamese Service Medal, Vietnamese Campaign Medal, and the Small Arms Expert Marksmanship Ribbon. He was known for being one of the youngest non-commissioned officers to receive the rank of chief master sergeant. He retired as a highly respected and admired chief. Pete was a member of the former Fifth Street Methodist Church in Harrisburg. He attended the University of Maryland (European extension) and the College of the Armed Forces, while on active duty. Pete was an avid sports fan and proud father, coaching and watching his three sons and grandchildren’s sports activities, along with his wife Dixie. Pete is survived by his beloved wife, Dixie Lee Peters; two sons, George C. “Chris” Peters II and Kevin S. Peters (Kathy), of Harrisburg; siblings: Gayle Diehl, Crisann Vennell, Bobby Miller and R. Andrew Daum; three grandchildren: Kirk, Cole and Karagen. In addition to his parents, he was preceded in death by a son, Keith A. Peters. The family will receive friends Friday, Feb. 15, 2019, from 10-11 a.m. at Halifax United Methodist Church. A Memorial Service will begin at 11 a.m., with Rev. Dale Parker officiating. Burial with military honors will be held in the Halifax U.M. Church cemetery following the service. In lieu of flowers, memorial contributions may be made to the Air Force Enlisted Widows Home Foundation at 92 Sunset Lane, Shalimar, FL 32579-1000. Hoover-Boyer Funeral Home, Ltd. in Millersburg is handling the arrangements. To sign the online guest book for George C. Peters, visit minnichfuneral.com. To send flowers or a remembrance gift to the family of George C. Peters, visit the Tribute Store.
This is a paid obituary