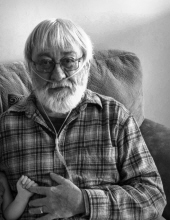 HALIFAX • Frank W. Kolish, “Hippie Dog,” age 69, of Halifax, passed over to Glory Friday, Aug. 16, 2019, at his home in the loving arms of his family. He was born Nov. 13, 1949, in Harrisubrg, son of the late Frank and Mary Kolish. He is survived by his loving wife of 24 years, Joan (Krakowski) Kolish. Frank proudly served his county in the United States Army, serving during the Vietnam War. He worked for Bethlehem Steel, eventually retiring from Arcelor Mittal. He was a member of Halifax United Methodist Church. He dearly loved his wife, children and grandchildren and enjoyed all of the times they spent together. In addition to his wife, Frank is survived by his two children, Joseph Readinger and his wife Carla of Elizabethville, and Julie (Zerbe) Hoffman and her husband Kenny of Halifax; nine grandchildren: Jalen, Starr, Sydney, Ethan, Zander, Tanner, Kenzie, Zane and River; a sister, Cheryl Kolish Williams of Bressler, Pa.; two brothers, Andrew Kolish of Oberlin, Pa. and Nick Kolish (Anne) of Harrisburg; and a brother-in-law, Warren Green of Elberon, Va. In addition to his parents, Frank was preceded in death by a sister, Rosemary Kolish Green. A memorial service will be held for Frank Friday, Aug. 23, 2019, at Halifax United Methodist Church. The family will receive friends from 10-11 a.m. at the church. Frank’s final interment will be at Fort Indiantown Gap National Cemetery at a later date. In lieu of flowers, memorial contributions are respectfully encouraged to Homeland Hospice, 2300 Vartan Way, Suite 270, Harrisburg, PA 17110. Hoover-Boyer Funeral Home, Ltd. in Millersburg is handling the arrangements. To sign the online guest book, visit minnichfuneral.com
This is a paid obituary