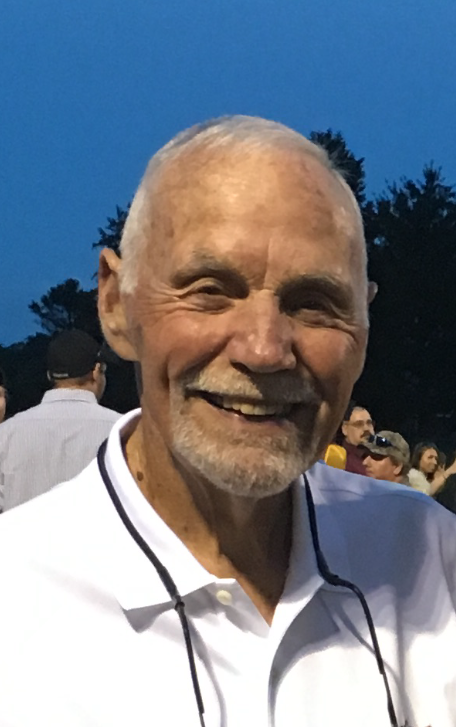 MILLERSBURG • Frank Lee Titus Sr., 83, of Millersburg, passed away on April 22, 2020, at the Polk Personal Care Center, Millersburg.
He was born May 28, 1936, in Vienna, Va, son of the late John and Annie Titus.
He was preceded in death by his loving wife Dareene Kratzer Titus, to whom he was married for 57 years. He was known as “Pop” or “Poppy” to his family.
Frank was a veteran of the U.S. Army. He was the owner of the Washington Hotel in Elizabethville from 1970-1978. He retired as an auto salesman from A.W. Troutman in Millersburg. After retirement, he also worked part-time at Hoover-Boyer Funeral Homes in Millersburg.
Frank was a member of Trinity UCC in Millersburg for many years, and more recently became a member of St. John’s Lutheran Church (The Hill Church) in Berrysburg.
He was a member of Susquehanna Lodge No. 364, Tall Cedars Forest No. 125, Cherry Run Camp in Weikert, Pa., and the Union County Sportsman’s Club. He was also an avid golfer, and a member of the Silver Stragglers League at Lykens Valley Golf Course.
Most of all, Pop enjoyed spending time with his family and his many friends. Throughout his life he showed many acts of kindness and generosity to those he loved, especially in his later years.
In addition to his wife Dareene, Frank was preceded in death by his brother Jack Titus.
Frank is survived by his daughters Donna Murphy (Girard) of Delaware and Tamara Spicher of Millersburg; a son Frank Jr. (Linda) of Halifax; grandchildren, Kristen Spicher (Seth), Callie Fenninger (Kyle), Joshua Titus, Erin Fieser and Greg Fieser (Lorin); two great-grandchildren, Riley Fieser and Mason Chin. He also is survived by his sister Betty Dumas of Cambridge, Md.
The family will announce plans for a memorial service at a later date, once it is safe for us to gather and celebrate Frank’s life. In lieu of flowers, they ask that donations be made to Trinity UCC in Millersburg, St. John’s Lutheran Church in Berrysburg, or the Ned Smith Center in Millersburg.
Hoover-Boyer Funeral Home, Ltd., in Millersburg is handling the arrangements. To sign the online guestbook, please visit minnichfuneral.com.
This is a paid obituary