by Sentinel Staff
in Recent News
0 0 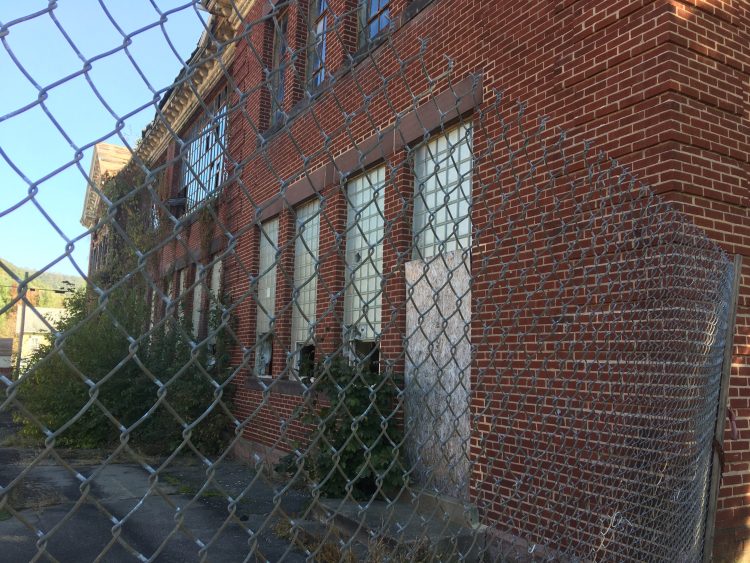 Most people don’t think about property blight very much – until they are looking at mountains of their neighbor’s trash or the dilapidated building down the street.

But municipal authorities deal with the matter regularly, and all Sentinel-area municipalities have ordinances on the books that address it.

How up to date these ordinances are varies widely, as does the aggressiveness with which municipalities enforce them.

Blight runs the gamut from “nuisance” – for example, the too-high grass next door – to the obvious danger of a structurally unsafe building.

Maybe only one property on a block is in disrepair, but over time, the entire block is likely to decline.

“I think from when I was young till now, we are seeing the general decline in properties and care of properties … I had a wake-up call in how much things have deteriorated in the past 30 years,’’ said Brent Boyer, a Millersburg council member.

“I don’t see Millersburg as excessively blighted,” he added. But he said he and others felt the borough was coming to a “tipping point.” They wanted to see the negative trend stopped and kept in check.

Boyer, who was the driving force behind Millersburg’s new Property Maintenance Code, said the ordinances the borough had in place previously didn’t have “enough bite” to make a difference.

The new code went into effect in June of 2017 and combined the nuisance ordinances with the building codes, McGann said. The new code is more detailed than previously, and focuses just on the exterior of buildings.

The new codes are based largely on the International Property Maintenance Code, said McGann.

“We also customized our Property Maintenance Code because we didn’t want to go to far,’’ Boyer noted.

The international code is more stringent and deals a lot with interior issues, Boyer said. The goal in Millersburg is to protect homes and neighbors, but not be heavy-handed about it.

Borough officials don’t want to be too aggressive and also want to be as compassionate as possible. They don’t want to put anyone out of their home or place financial hardships, Boyer explained.

Elizabethville is looking at the codes Millersburg has adopted. Goudy said some of Elizabethville’s ordinances are very old and not easy to work under.

Ron Hepner, senior supervisor in Upper Paxton Twp., said a zoning ordinance developed in 1996 covers these issues in that township. He said the township is updating the ordinance now and “trying to bring it into the 21st century.”

All building repairs in the area  – and state – must be in accordance with the state’s Uniform Construction Codes.

Many municipalities contract with outside firms that handle the building and structural issues. For example, Lykens works with Light-Heigel Associates; Millersburg works with Commonwealth Code Inspection Services.

McGann said the most common issues Millersburg deals with are high grass, trash that is not taken care of and couches or other items that set outside and shouldn’t be.

The problem with all three of these violations is that they tend to attract critters, and the appearance drives down property values.

From January through late September, the borough had sent out 58 notices to property owners, according to McGann.

In Lykens, high grass and an accumulation of tires are big concerns, according to Terry Sherman, borough council member and chair of the Revitalization Committee.

The spread of West Nile Virus has increased the concern about tires. Sherman said a health care enforcement officer deals with the high grass and similar issues. The police deal with trash and debris accumulation, as well as unregistered cars in yards.

Goudy said she sees a lot of violations in Elizabethville that involve maintenance and seasonal issues such as high grass and snow on sidewalks. Abandoned vehicles are another common violation, she said.

Washington Twp. Supervisor Benjamin Brown said the supervisors are aware of two abandoned properties in the township that are in bad disrepair.

He said it’s likely there are more in bad shape, noting the township has many older farms with outbuildings that are often is disrepair.

Hepner said Upper Paxton Twp. officials are watching a couple of blighted properties. In that municipality,  owners often eventually take care of the problems.  The property might be sold or foreclosed, but eventually an owner will rectify the situation, he said.

In Millersburg, McGann said that of the 1,171 parcels on the tax rolls, 25 notices had been sent out about structural issues in 2018 as of late September. About one-half of these cases have been closed.

Sherman said Lykens has 15 properties on its priority list, including the American Legion post. The property is vacant and has shingles coming off; officials are receiving complaints.

Through a long process, the old Lykens School was taken over by the Dauphin County Land Bank and will be demolished.

Sherman said the borough has a record of properties that have resolved issues in the past few years and have come off the list of concerns.

“We try to keep the town as neat as possible,” he said. “Sometimes that’s difficult. We try to have a good impression of Lykens.”

Goudy noted Elizabethville has several properties with structural problems. One structure was to be torn down this month.

Another one was to be placarded as unsafe the first week of October – a step in what has been a four-year process to date.

Yet another property is unsafe, but not much can be done about it yet, she noted.

Right now, three houses and a commercial building are concerns in Elizabethville. Goudy also noted the borough has many outbuildings that are in disrepair and should be razed.

Sometimes property owners make changes to a structure without having the proper permits and inspections,  which also requires the borough to get involved, Goudy said.

All of the municipalities interviewed said they try to address citizen complaints about property maintenance and blight issues as quickly as possible.

They also have similar tools in their toolbox for gaining compliance.

However, the townships seem to take a more laid back approach than the boroughs, and also seem to be dealing with fewer problems.

Brown said that for years, Washington Twp. sent letters to the property owner if there was a violation. Regardless if the letter was from a secretary or a supervisor, it “didn’t go well,” he said. Now the supervisors take turns going out, meeting with people.

He said most times, “If we talk to them, they take care of it.”

Brown said they have not had even three complaints a year, and most issues are in developments.

Washington Twp.  officials resort to sending letters and eventually can send someone to mow the grass or correct the problem, if necessary.  The property owner would be charged for the expense, or a lien would be placed.

“If we talk to people, it usually turns out pretty good,” he said.

Hepner also said Upper Paxton Twp. takes a similar approach, by talking to the owner, sending a letter and then stepping up the procedures they follow if the owner is unresponsive.

“We try to be nice guys before we get the black hat out of the closet,” he said.

In Millersburg, most property owners comply with notices they send, and officials rarely have to impose fines, McGann said. He added that he occasionally drives around to look for violations.

Meanwhile, Elizabethville and Lykens have enforcement officers driving around each week.

Sherman said Lykens is pretty aggressive about enforcement. For  minor violations, sometimes the first approach is a phone call.

In Elizabethville the first step in dealing with a violation is sending a letter, giving the owner a set number of days to deal with the problem. If the problem isn’t corrected, then a fine is imposed.

Most people are “quick to file my letters in the trash,’’ Goudy noted.

Residents are not used to enforcement, she said. The ordinances have been on the books in Elizabethville for awhile,  but enforcement has been stepped up in the past few years.

As Boyer said, “Some people won’t do it on their own, and government has to step in.’’

Boyer noted that property blight is “preventable,” and he believes over time, Millersburg’s efforts will “bear fruit.”

“We want people to stay here and be happy here,” he said. “We want to be attractive to new people and new businesses.”

To File a Complaint

All municipalities interviewed for this story – as well as most others in the Sentinel area – have websites listing phone and email contact information for individuals who wish to file a complaint about a blighted property in their community.

Pictured above: The Lykens School has fallen into disrepair since the Upper Dauphin Area School District closed it in the early 1990s.