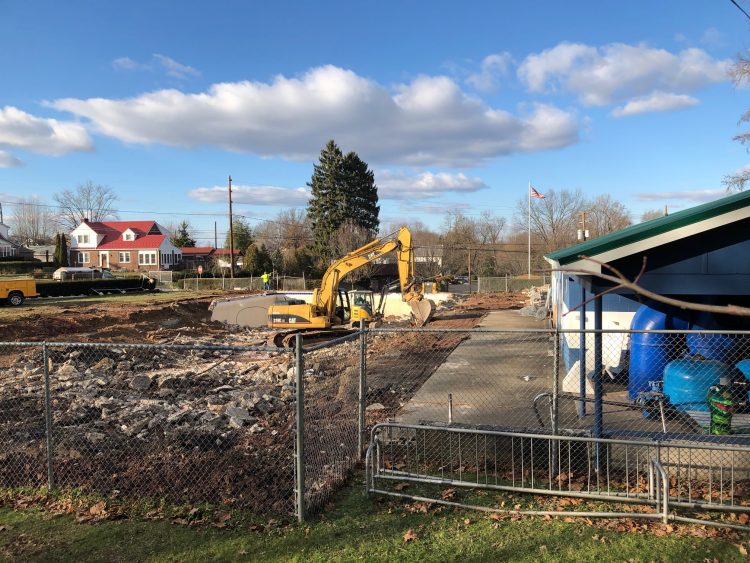 Demolition work began last week on the Elizabethville Community Swimming Pool, closing a chapter in the region’s history that began almost a century ago. (Elizabethville’s first pool opened in 1927; upgrades were made in the 1960s). The Sentinel reached out to pool officials to obtain more information behind the decision to permanently close the facility. We are hoping to have that information in a future issue. (Sentinel photo by Mandi Trawitz)