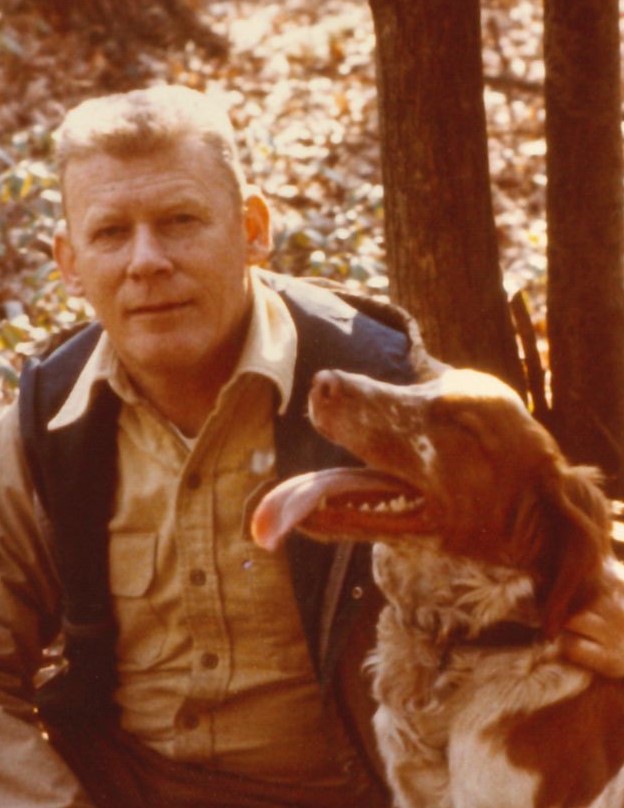 STATE COLLEGE • Edward David Bellis, 93, of State College, died Monday, April 5, 2021, at Juniper Village at Brookline. Dr. Bellis, a son of Lloyd and Margaret (Bachman) Bellis, was born June 28, 1927, at Ridley Park, Pa. He was the husband of Janice Carol Bellis, who passed away in February 2015. Ed spent his boyhood in northern Dauphin County, graduating from Millersburg High School in I945. He served in the U.S. Army, 1945 to 1947, with the 88th Infantry Division in the Julian Alps of Italy, in an area now part of Slovenia. The recipient of a bachelor’s degree in zoology and entomology from Penn State in 1951, Ed earned a master’s degree at the University of Oklahoma, followed by a PhD at the University of Minnesota, both in zoology, with botany minors. Following a stint at the University of Georgia and the U.S. Atomic Energy Commission’s Savannah River Project in South Carolina, he joined Penn State’s Zoology and Entomology Department in 1957, later serving in the Department of Biology in the College of Science. Ed introduced Penn State’s initial undergraduate course in basic ecology in 1957 when the term was then unknown to most. He did research in ecology and behavior of mammals and amphibians in both aquatic and terrestrial ecosystems. When Interstate 80 was completed, he led studies of behavior and ecology of white-tailed deer along its margins. He served as research adviser and mentor to many graduate students in zoology, biology and ecology. In 1971, he helped create Penn State’s successful Inter-college Graduate Program in Ecology, and he served as its director from 1980 to 1989. The university annually confers the Edward D. Bellis Award on a faculty member who has played an important role in the program’s success. In 1966, he did research on barnacles at the Mount Desert Island Biological Laboratory of Maine. In 1967, he made a two-month trek into the Mount Everest area of Nepal, collecting plant specimens for the Smithsonian Institution in a region where the local flora was yet to be surveyed. Upon retirement in 1989, Ed began a second career working with volunteer environmental groups, especially those striving to improve stream habitats and preserve exceptionally clean water. In 1999-2000, he served as president of the 13,000-member Pennsylvania Chapter of Trout Unlimited, the national organization devoted to conservation of trout and salmon. He was one of the original members of the Dirt and Gravel Roads Task Force that highlighted risks of sedimentation from erosion into rural Pennsylvania waters. He devised and led a Pennsylvania statewide inventory, carried out by Trout Unlimited chapters, of the prevalent erosion sites along trout streams, which was the key to the origin of the award-winning Dirt and Gravel Road Center at Penn State. He and others successfully lobbied for legislation that amended the Pennsylvania Vehicle Code to provide funding for maintaining and improving rural roads to reduce erosion into streams. For this and other work, he received the Fish and Boat Commission’s 2002 Ralph W. Abele Conservation Heritage Award. Ed also helped create the popular and ongoing Keystone Coldwater Conferences at Penn State, a forum to enhance preservation and health of the state’s coldwater streams. As one of the founding members of the Penns Valley Conservation Association, Ed discovered an endangered species of sedge along Elk Creek in 1994; subsequent finds on Elk and Pine creeks were the key to honor these tributaries of Penns Creek with Exceptional Value status, hence protection of the watershed from local pollution threats. Through the years, Dr. Bellis was an active member of several other local and state groups that stress the health of aquatic ecosystems and coldwater fish populations, especially trout. They include the Department of Environmental Protection’s Regulatory Negotiating Commission and DEP’s Water Resources Advisory Committee. Also, he served on the Pennsylvania Governor’s 21st Century Environmental Commission. He was a fellow of the American Association for the Advancement of Science. Ed is survived by one daughter, Gayle Smith of Spruce Creek; two stepchildren, Gary Winklestin of Lake Tapps, Wash., and Linda Stover of Spring Mills; one sister, Margaret Bellis of Millersburg; two granddaughters, Heather and Megan Kuhlman; three stepgrandchildren, Jonathan and Christopher Winklestin and Samuel K. Owens II. In addition to his parents and wife, he was preceded in death by two siblings, Marie and Robert Bellis. Funeral services were held April 10, 2021, at Koch Funeral Home, 2401 S. Atherton St., State College, with Celebrant Jackie Hook officiating. Private burial will be at Centre County Memorial Park at the convenience of the family. Memorial contributions may be made to the Penns Valley Conservation Association,  pennsvalley.net/pvca-donation/ or to PA Trout Unlimited, patrout.org/index.php/donate/ Arrangements are under the care of Koch Funeral Home, State College. Online condolences and signing of the guest book may be entered at kochfuneralhome.com or the funeral home’s Facebook page. Paid by funeral home