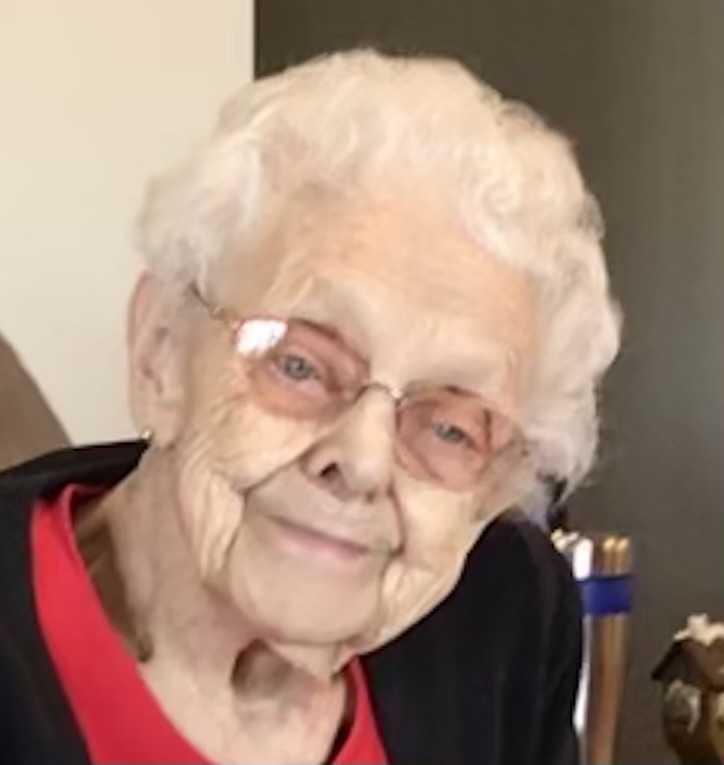 Dornsife • Edna N. Swinehart passed into perpetual rest to be with her Lord and loved ones Jan. 29, 2021, after a long and rich life. She was born Sept. 26, 1925, to the late Raymond Schmolze and Nora Lubold Schmolze in the Germanville section of Butler Twp., Schuylkill County. She graduated from Butler Twp. High School in 1943 and the McCann School of Business in 1945. Following graduation, she worked as an executive assistant and bookkeeper for Day & Zimmerman and Phoenix Contracting Co. in the Ashland and Pottsville area. On Aug. 19, 1950, she married Ben P. Swinehart and remained happily married until his untimely death April 26, 1989. In 1954 the couple moved to the Rebuck/ Dornsife area to pursue Ben’s passion for farming. In 1960 Edna embarked on a new career in the banking industry with the Gratz National Bank. Pausing to begin a family from 1964-1969, she returned to banking in 1970 with the Farmer’s State Bank of Dalmatia, now Mid Penn Bank. Retiring from farming in 1970, she embarked on her next adventure of building a house on top of the Hooflander Mountain. She retired from Mid Penn Bank in 1995 after raising her family and then began a series of part-time jobs that she held until her passing. In 1996 she agreed to act as the clerk for the Lower Mahanoy Twp. Municipal Authority until 2014. In 2001 she began working as a business consultant for the Line Mountain Animal Hospital, Inc. During her career she saw technology evolve from mechanical adding machines to online banking and tax filing, all of which she accomplished with equal skill. Edna lived a dynamic life; surviving the Great Depression, keeping the home fires burning during World War II; dancing to the big band sounds of the Dempsey Brothers, Glenn Miller and the voices of Doris Day, Frances Langford and the comedy of Bob Hope; descending into coal mines for work; farming the land and working 18-hour days while caring for her family. She was a tireless worker. She enjoyed cooking, gardening, flowers, knitting, crocheting and especially talking. She was an ardent conversationalist and would spend hours talking and visiting with friends, coworkers and business acquaintances. She knew a vast array of people and was always happy to engage them in conversation. She will be sorely missed by her family and friends, who will miss her wide and varied stories from a well-lived life. May our Heavenly Father have her in his holy keeping. She is survived by her son, William R. Swinehart, Esq. and her daughter-in-law Dr. Amy M. Swinehart and her grandson Evan W. Swinehart; two sisters-in-law and numerous nieces, nephews, grand nieces and nephews. She also is survived by Tommy and Little One, her two inseparable companions. Visitation will be held Friday, Feb. 5, 2021, from 9:30-11 a.m. at the Stephen R. Rothermel Funeral Home, 1133 Ridge Rd., Klingerstown, with the funeral service following at 11 a.m. with Pastor Jane Compton officiating. In lieu of flowers, memorial contributions may be made to the Susquehanna Council, Boy Scouts of America, 815 Northway Rd., Williamsport, PA 17701 for Troop 311. To sign the online guest book, visit srrfh.com Paid by funeral home