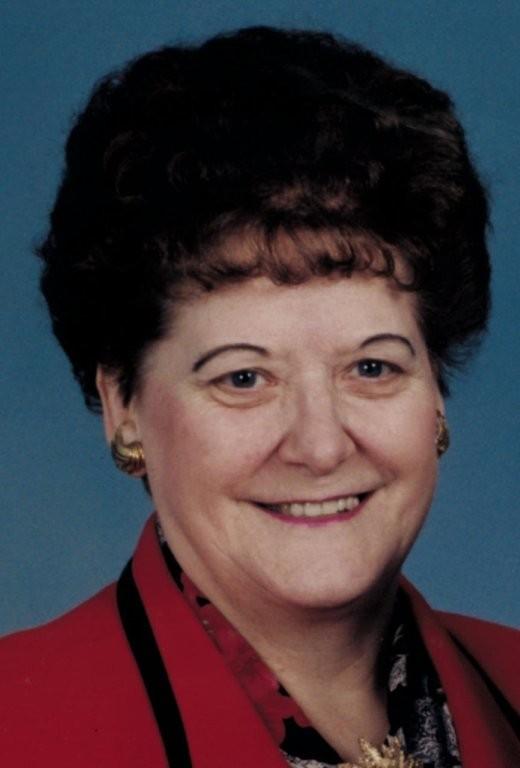 WILLIAMSTOWN • Edith Virginia (Bowerman) Umholtz, 94, a lifelong Williamstown resident, has gone home to be with her Lord and loved ones on Wednesday, April 22, 2020, at Stonebridge Nursing Home, Duncannon, Pa.
Edith was born in Williamstown, Pa., the daughter of the late Charles and Virginia Kissinger Bowerman.
She was a 1943 graduate of the former Williamstown High School and Thompson Business College, Harrisburg. Edith was the secretary and telephone operator for the Franklin Coal Company of Williamstown, Sears and Roebuck and Harrisburg Steel Corp, Harrisburg, Pa.
After her marriage to Ward in 1946, they moved to Harrisburg, and she worked for Kaisers Drug Store and Joe the Motorist. In 1959 they moved back to Williamstown, where she worked for Leshers’s Hosiery Mill and Partners Factory. A former employee of the State Dept. of Revenue, Labor and Industry, Dept. of Highways, and PENNDOT. Edith contributed a weekly column to the Upper Dauphin Sentinel called “Williams-town Happenings.” Edith and Ward were the former owners of Umholtz’s Grocery from 1971-1988.
She was a member of Immanuel Lutheran Church, Williams-town, a member of the Williamstown American Legion Auxiliary and past president and member of the Williamstown VFW Auxiliary, a member and past Matron of the Order of the Eastern Star, Glen Chapter 425, Lykens.
In 1976 she was secretary of the Williamstown Sesquicentennial Parade. In 1988, she organized and was president of the All Williamstown Alumni Reunion. She was also a past secretary of the Williamstown Historical Society.
She enjoyed knitting, crocheting and craft work. She was a genealogist for the Umholtz family. After her stroke Sept. 11, 2001, she became an avid reader, enjoyed working crosswords and puzzles, watching TV and game shows. She was a diehard fan of Phillies baseball team, Eagles and Penn State football teams.
In addition to her parents, she was preceded in death by her husband of 60 1/2 years, Donald Ward Umholtz, June 8, 2006; two brothers, Roy and David Bowerman; and one sister Merlene Reitenbach.
Surviving are two sons, Ronald and his wife Elaine (Grimm) Umholtz of Williamstown and Russel and his wife Sharon (Souder) Umholtz of Mechanicsburg; a daughter, Dr. Diane Stewart and her husband Dr. Arthur Hodge of Sarasota, Fla. She is also survived by her grandchildren; twins, Allen and Kevin Umholtz of Mechanicsburg; Matthew Kologi and his wife Susan of Okinawa Japan; LeAnn and Wyatt Scheiber of Williamstown; Marlin Whitcomb of Williamstown; Michelle Sweigard of Millersburg; and great-grandchildren, Hunter and Ian Whitcomb, Bailey and Cameron Scheiber and Ashton Kologi; two sisters-in-law, Julia Bowerman and Margaret (Sis) Bowerman. and nieces and nephews.
Edith will be laid to rest privately, with her beloved husband, at Indiantown Gap National Cemetery at the convenience of the immediate family. A Celebration of Edith’s Life will be announced at a future date once the current health restrictions are lifted.
Memorial donations in her memory should be made to Immanuel Lutheran Church, 141 East St., Williamstown PA 17098.
The Dimon Funeral Home and Cremation Services, Inc. is honored to serve the Umholtz family.
To sign the guestbook visit dimonfuneralhome.com
This is a paid obituary