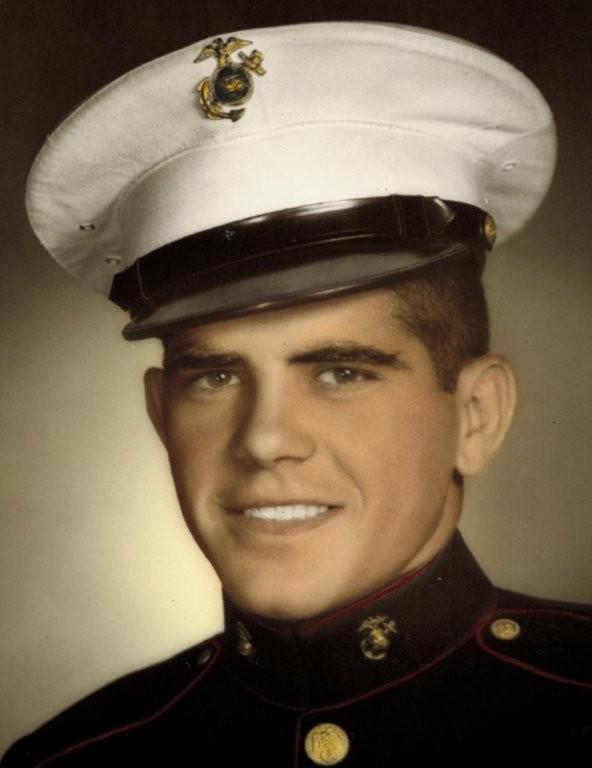 WICONISCO • Edgar L. Dauberman, Jr., 86, of Wiconisco, passed away Saturday, Oct. 12 at his home. Born at Polyclinic Hospital in Harrisburg, Jan. 26, 1933, he was a son of the late Edgar L. and Thelma Morris Dauberman. He was retired from Bethlehem Steel Corp. as a machine operator. He served proudly and honorably in the U.S. Marine Corp and was a decorated combat wounded veteran of the Korean War. He was preceded in death by his wife of 65 years Janet (Neiman) Dec. 4, 2018; a son James Dauberman; five brothers Dean, John, Glen, Robert and Donald; seven sisters Betty, Shirley, Anna, Doris, Nancy Jean, Vivian and Verna. He was a member of St. Christopher’s Lutheran Church, Lykens. He was a two- term past president of the E-2-5 Marine Korean War Veteran’s Association, a life member of First Marine Division Association; First Marine Corps Association, Military Order of Purple Heart, the DAV, the Amvets Post 1988, Michigan, a life member of the Gratz VFW, a member of the former Lykens American Legion, a life member of Once a Marine Always a Marine, Toys for Tots, The Patrick Wm. Milano Detachment 299, Marine Corps League. In August of 1965, he brought Midget and Little League Football into Northern Dauphin County. He founded and organized the Lykens Little Tigers, and other communities followed with youth football. Edgar coached the Tigers for nine years, and his wife coached the cheerleaders. Edgar was extremely proud of this accomplishment. Edgar had a love for football, especially college football, and a true passion for the Penn State football program. He enjoyed being around his family, especially his grandchildren and his dog Scooter. He is survived by two children, Louis Dauberman and his wife Brenda of Wiconisco and Susan Donton and her husband Bill of Tower City, five grandchildren Brett, Nikka, Elissa, Ryon and Tori; five great-grandchildren; a brother George Dauberman of Sheridan;, two sisters Sara Miller of Lykens and Mary Sponic and her husband Don of South Carolina; nieces and nephews. Memorial services will be held Saturday, Oct. 19 at 11 a.m. at Dimon Funeral Home, Tower City, with Revs. Del Akech Del and Annette Shutt. Burial with full Marine military honors will be in the Calvary United Methodist cemetery, Wiconisco. Visitation will be one hour prior to the services. In lieu of flowers, memorial donations should be made to Marine Toys for Tots Foundation, Gift Processing Administration, 18251 Quantico Gateway Dr., Triangle, VA 22172 or toysfor tots.org To sign the guestbook, visit dimonfuneralhome.com
This is a paid obituary