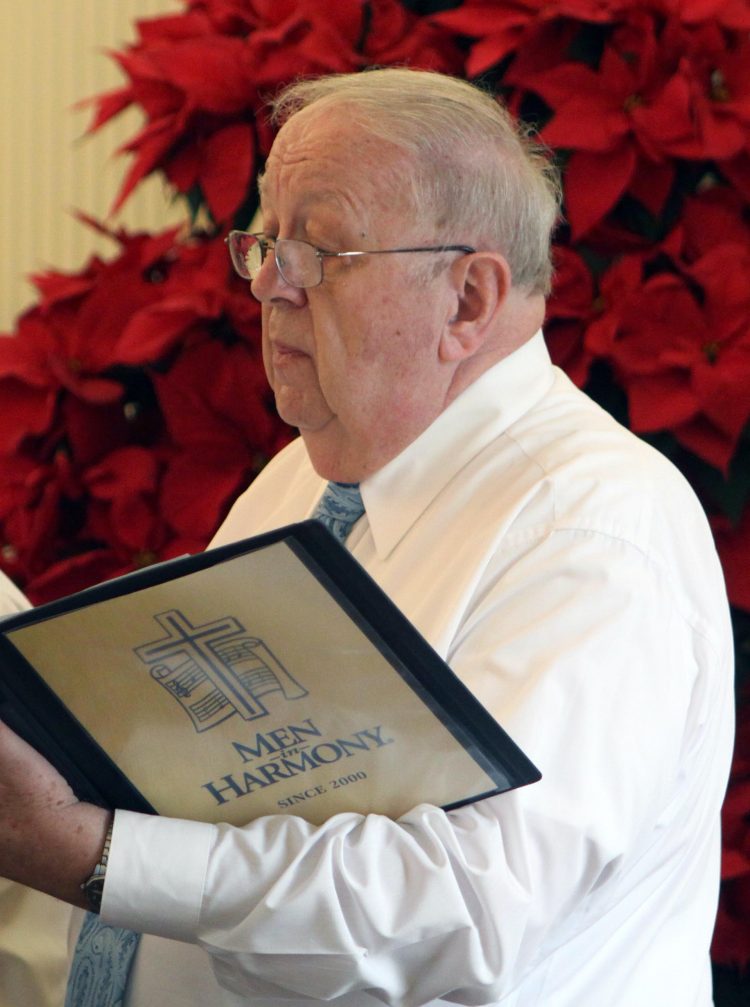 FOUNTAIN • Douglas Kenneth Troutman, 79, of Fountain, passed away Sunday, Oct. 25, 2020, at home. Doug was born June 3, 1941, at Hershey Hospital, Hershey, Pa. He was the son of the late Elvin and Mildred (Savidge) Troutman. Doug graduated in 1959 from Central Dauphin High School, Harrisburg, Pa. He worked at the Hershey Creamery Dairy located on Cameron St., Harrisburg, while attending Lebanon Valley College. He later graduated with his master’s degree in music education from the University of Michigan. Doug was a music teacher in the York School District after graduation from the University of Michigan and then taught music in an elementary school in Stamford, Conn., retiring at the age of 55. He was an accomplished pianist and organist. Doug was one of the founding members of Men in Harmony, a central Pennsylvania premier Christian men’s chorus, which began its music ministry in June of 2000, and he served the group as pianist for many years. Doug served on the board of the Mt. Gretna Bible Festival, where he helped to organize the summer concert series. He was instrumental in inviting and arranging for many well-known composers to come and lead the Massed Choir of the Mt. Gretna Tabernacle Association, Inc. He served on the Board of the Gabriel Chamber Ensemble of Schuylkill County, and he enjoyed attending the New York Philharmonic concerts with his friends. Doug was a former member of the Derry Street United Methodist Church in Harrisburg where he served as organist and was also a member of Christ United Church of Christ in Fountain, where he played the piano and organ, accompanying the church choir. Doug enjoyed traveling to many places here in the United States and visited many countries throughout Europe. Doug was a kind and generous person, who shared his faith through his musical talents and time dedicated to the church and the various groups for which he volunteered. He will be missed by everyone who knew him. Among Doug’s survivors are many cousins, and many friends who include Gerald Hawks, James Potter and Linda Sult. There will be a graveside service at Christ UCC Cemetery, Fountain, Pa., Wednesday, Nov. 18 at 2 p.m. with The Rev. Dr. Nathan Corl Minnich officiating. Due to restrictions of gathering size, there will be a memorial concert planned at a later date according to Doug’s wishes. Minnich Family Funeral Homes, Inc., Williamstown, is handling the arrangements. To sign the guestbook, go to minnichfun eral.com Paid by funeral home