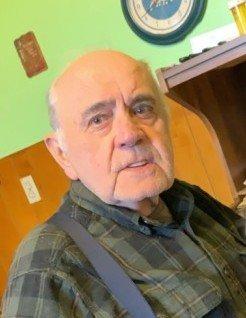 TOWER CITY • Donald Lee “Dump” Gonder, 76, of Tower City, passed away suddenly, Monday, July 19 at the Hershey Medical Center with his son by his side. Born Nov. 11, 1944, in Williamstown, he was a son of the late Isaac and Marion Shutt Gonder. Donald retired as a truck driver from Donco Construction. He was a lifelong member of the West End Fire Co., Sheridan. In Donald’s earlier days, he enjoyed going to his camp in Millersburg, his second home, where he enjoyed great times with his family and friends for many years. Donald and Carol could often be found sitting together on the porch at camp. He was an avid fisherman and hunter. Donald also loved watching the races on Sundays. Everyone knew you were not to interrupt him while a race was on; you waited until it was over. Even on Labor Day at camp, he would listen to the race on the radio. He will be remembered for being one of the most honest, loving men one would ever have the pleasure of meeting. His whole time on Earth was spent loving his family and grandchildren, and as of late, his dog and best buddy, Fluffy. Donald would come over to visit Chip and his family on his rascal scooter with Fluffy in the front basket. The first thing he always asked when he came through the garage was “Can you get me an A&W and open it?” In addition to his parents, he was preceded in death by his loving wife and best friend of 50 years, Carol M. Gonder, 2018; a daughter, Kimberly Fickinger, 2017; brothers, Kenneth and Joe Gonder, and a sister-in-law, Judy Hentz. Surviving is his son, Charles “Chip” Gonder and his wife Corie of Tower City; son-in-law, Ralph Fickinger of Williamstown; five grandchildren, Kelley Ney and her husband Steve, Riley Fickinger and his companion Kelly Deitrich, Shiann Wolfe, Colin and Chloe Gonder; great-grandsons, Carter Fickinger and Ryder Ney; a sister-in-law, Janice Picola (Joseph); a brother-in-law, James Hentz; nieces and nephews, Jimmy Hentz, his godson; Jayne Rabbe, Jeff Picola, Ann Fetterhoff, Kery, Mark, Shari, Brad, Chad and Vince Gonder; and numerous great nieces and nephews. Following Donald’s wishes, services will be private. The Dimon Funeral Home & Cremation Services Inc. has been entrusted with the arrangements. To sign the online guest book, visit dimon funeralhome.com Paid by funeral home