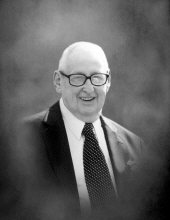 MILLERSBURG • Donald C. Beard, age 90, passed away Dec. 6, 2019, at Penn State Hershey Medical Center. He was born Aug. 16, 1929, in Shiremans-town, a son of the late Clifford and Lesba (Wherley) Beard. He was the widower of Barbara (nee Isenberg) Beard. They remained married for 57 years till her passing in 2012. He was a graduate of the former Lemoyne High School. Don served with the U.S. Army (1951-1953) during the Korean War. He retired from the U.S. Postal Service. Don was an avid fly fisherman, enjoyed golfing and viewing sports, especially Pitt football and basketball. His greatest loves were his granddaughters, and he loved taking them on trips. He was fond of his dogs, yellow lab “Isaac” and dachsund “Ralphie.” He also was a member of the Halifax VFW Post No. 5750 and NARFE. He is survived by two sons, Charles D. (wife Debbie) of Palmyra and David (wife Tammy) of Halifax; four granddaughters: Katie Miller (Brad) of Pittsburgh, Betsy Whetstone (Steve) of Palmyra, Ashley (Ethan) Gingrich of Halifax and Christina Beard of Lancaster; three great-granddaughters: Kynleigh Whetstone, Quinn Whetstone and Chloe Whetstone; two great-grandsons, Brennan Miller and Charles Miller; three nephews and four nieces. He was preceded in death by a sister, Mary Plank. Services were held Dec. 16 at Hoover-Boyer Funeral Homes Ltd., Millersburg. Burial with military honors followed at Indiantown Gap National Cemetery, Annville. Hoover-Boyer Funeral Home, Ltd., Millersburg, handled the arrangements. To sign the guest book, go to minnichfuneral.com In lieu of flowers, donations can be made to: Hospice of Central PA (HCP), Development Department, 1320 Linglestown Rd., Harrisburg, PA 17110. To send flowers or a remembrance gift to the family of Donald Beard, visit the Tribute Store.
This is a paid obituary