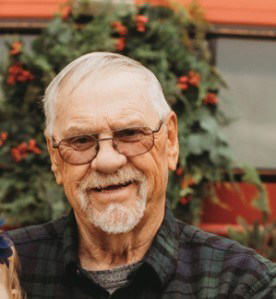 HERNDON • Dennis E. Klinger (Dewey), 74, of Herndon, Pa., passed away July 17, 2021, at UPMC West Shore Hospital. He was born March 8, 1947, in Klingerstown, Pa. He was the son of the late Stanley and Katie (Ramberger) Klinger. Dennis was a graduate of Tri-Valley High School and served his country in the U.S. Army during Vietnam. He was retired from NAVSUP in Mechanicsburg. Dennis was a member of the Diamond Jubilee Memorial VFW Post 2385, Gratz, the Klingerstown Fire Co. and St. Michael’s Lutheran Church, Klingerstown. Dennis was a devoted father and grandfather, who loved spending time with family and friends. He was known for his sense of humor and was always “terrible, but thanks for asking,” one of his many ways to get a smile. Dennis is survived by his daughter, Jennifer Klinger; two grandchildren, Morgan Moore and Jason Moore; two great-granddaughters Sawyer and Hazelee Moore; one sister Carol (Darvin) Troutman; four brothers, Dean Klinger, William (Norma) Klinger, Don (Christie) Klinger and Ronald (Rosanne) Klinger; one sister-in-law, Gudrun Klinger; and many nieces and nephews. In addition to his parents, Dennis was predeceased by two sisters, Marion (Marlin) Schreffler and Ruth Ann (Mark) Sims; four brothers, Stanley (Viola) Klinger, Roy (Anzonetta) Klinger, Glenn Klinger and Randy Klinger; and one sister-in-law, Lorraine Klinger. A memorial service will be held Saturday, July 31, 2021, at St. Michael’s Lutheran Church, Klingerstown. Visitation for family and friends will start at 10 a.m. with services starting at 11 a.m. and a graveside internment with military honors to follow. All are welcome to come and celebrate Dennis’ life. Arrangements by the Cremation Society of Pennsylvania. Paid by funeral home