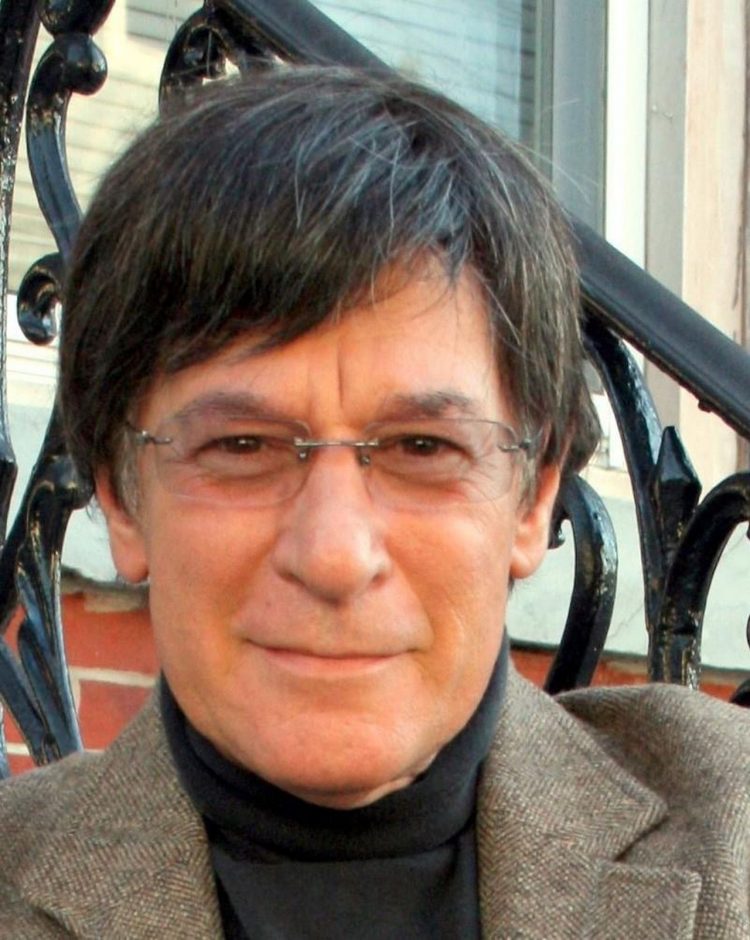 WICONISCO • David Mercaldo, 74, a former Oakwood resident who combined teaching, writing, acting and even a little politics into a rich and rewarding career and whose kindness and generosity were admired by friends and family, died Jan. 9 in Harrisburg (Pa.) Hospital of complications from pancreatic cancer. His death occurred just two days after his brother, the Rev. Dr. Daniel Mercaldo, founder of Gateway Church in Richmond Valley, died in Naples, Fla., at the age of 81. Born in Brooklyn and raised in Queens, Dr. Mercaldo graduated from Martin Van Buren High School, where he was elected president of the senior class. He followed in his older brother’s footsteps by earning a bachelor’s degree from Central Bible College in Springfield, Mo., and later completed a master’s degree at the former Richmond College, now the College of Staten Island, and a doctoral degree from the former Columbia Pacific University. He embarked on a career in education, serving as principal of a rehabilitation center for the handicapped on Long Island, and then as principal of a high school in Tulsa, Okla. He wrote a column, “Let’s Talk About Kids,” for a Tulsa newspaper and hosted a television show of the same name for a local CBS affiliate. In the 1990s, Dr. Mercaldo moved to Oakwood and began teaching at Barnes Intermediate School (I.S. 24) in Great Kills – a career move that would also bring him personal happiness. During a professional development day for teachers, Dr. Mercaldo was assigned to the same classroom as the former Linda (Lin) A. Ciaravino, an Oakwood native and a teacher at Paulo Intermediate School (I.S. 75) in Huguenot. A shared interest in theater would bring them together as a couple and onto the stage – he as a playwright, she as an actor. Their relationship grew. They were married Dec. 16, 1995, during a small ceremony at Burke’s Landing, a former restaurant in Rossville, and settled in Oakwood. “For 25 years, we had the most beautiful marriage,” Mrs. Mercaldo said. “Ours is a story of real love, and we were fortunate to find each other later in life. David was a doer, an achiever, a God-fearing man with a rich legacy in giving, loving and bringing the word of Jesus to people.” Dr. Mercaldo enjoyed writing plays that highlighted city life and often cast himself and his wife in them. “Apartment to Let” made it to off-Broadway and to the former Lane Theater in New Dorp, while “Breakfast on First Avenue” was presented in the Third County Courthouse at Historic Richmond Town. The Mercaldos teamed up as George Burns and Gracie Allen for a show at the Lane Theater in 1998. As founder of Skyline Theatre, Dr. Mercaldo staged numerous productions at the Snug Harbor Cultural Center, including his one-act play, “Fathra.” His one-man show, “Eyewitness,” was performed on stages in Europe and the Caribbean, and he made appearances in “South Pacific,” “Oliver,” Agatha Christie’s “Mouse-trap,” “A Christmas Carol” and “Showboat.” The Mercaldos were always ready to support the local arts scene. For several years, they put their theatrical skills to good use as participants in “Pretty Tables, Perfect Settings,” an exhibit benefitting the Staten Island Museum. They also hosted fundraisers for the Seguine Mansion, an historic home in Prince’s Bay. Dr. Mercaldo was an author as well, penning 11 books that included “Ferry,” “Seamstress” and “My Caruso.” When he couldn’t find the right illustrator for “Little Boy Boo,” a children’s book about the adventures of a Yorkshire terrier, he made it interactive so young readers could create their own illustrations. Hailed in promotions as “America’s new storyteller,” Dr. Mercaldo was recognized with a literary award from the New York State Grand Lodge of the Sons of Italy. He was honored during a ceremony at Villa Roma Resort in Calicoon, N.Y., in July 2018. “It’s a great honor to be chosen for this wonderful award,” he said at the time. “I thank Carl Ciaccio and Frank Cicero, former presidents of the Father Capodanno Lodge, who presented my work to the board for consideration of this award. And I thank the state committee for their confidence in my work. Tanti graci!” In 2002, Dr. Mercaldo entered the local political scene with an unsuccessful bid for State Assembly against 22-year incumbent Robert A. Straniere. After moving to Wiconisco, Pa., four years ago, he enjoyed more time for collecting and working on antique cars. Christie Anna Lin Williamson will miss the laughter her stepfather brought into her life. “We always would laugh at his funny stories and upbeat humor,” she said. “He was a true Renaissance man of high intellect and great achievements. He had a strong love of God, and will be greatly missed.” Dr. Mercaldo is survived by his wife, Linda; two stepdaughters, Christie Anna Lin Williamson (Shaun) and Amy Lin Rodriguez (Edwin); a grandson, Andrew Lin Rodriguez; two brothers, Stephen (Florence) and Andrew (Betty), and a sister, Mary Hudson (David). He was predeceased by two brothers, James and Daniel. Because of the ongoing public health crisis, cremation will be private, and a memorial service will be scheduled at a later time. The family requests that memorial donations may be made to The Gideons International Processing Center, P.O. Box 97251, Washington, DC 20090-7251. Minnich Family Funeral Homes Inc., Williamstown, is handling arrangements. To sign the online guest book, go to minnichfuneral.com Paid by funeral home