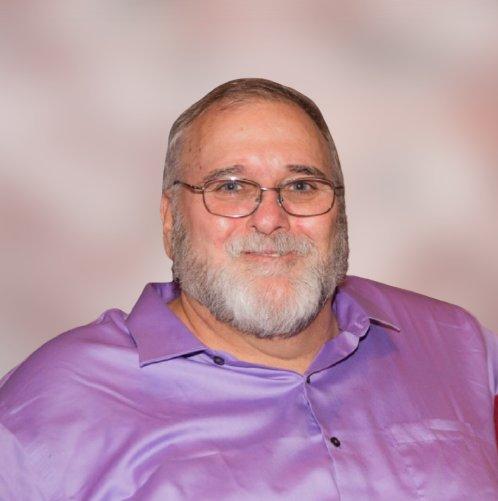 HALIFAX • David Gary Schoffstall, 65, of Halifax, passed away suddenly Friday, Feb. 19, 2021, at his home. Born in Lykens, Oct. 24, 1955, he was a son of the late Marlin Sr. and Elsie M. Deiter Schoffstall. Dave was a 1974 graduate of Upper Dauphin High School. He was retired from Bethlehem Steel. Dave was an active member of St. James Independent Church, Carsonville, where he formerly served on the board, a former trustee, sang often in church and was active with the annual soup festival. He was active with the Lykens Minstrel Association and the Twin Valley Players. He was a member of the Fisherville Fire Co. Dave also will be remembered for all his devotion to the Halifax Girls Softball Association as a former coach, president and always a proud supporter. Without a doubt, his family was the center of his world. He was extremely proud of his two grandsons, who were the light of his life. In addition to his parents, he was preceded in death by two sisters, Joyce Durham and Helen “Mae” Gonder; a brother, Marlin “Butch” Schoffstall, Jr.; and his daughter-in-law, Katina (Heim) Schoffstall. Surviving are his wife of 43 years, Diane M. Smeltz Schoffstall; three children, Erin Schaffner and her husband Rian, Elizabethville; Jason Schoffstall, Halifax, and Amanda Schoffstall, Halifax; two grandsons, Caleb and Tyler Schaffner, Elizabethville; two sisters, Alice Pell, Harrisburg, and Linda Crabb and her husband Gene, Lykens; and nieces, nephews and many friends. A Celebration of Dave’s life will be held Saturday, Feb. 27, 2021, at 11 a.m. from St. James Independent Church, Carsonville, with Rev. Keith Dimpsey officiating. Visitation will be from 10-11 a.m. at the church. In lieu of flowers, donations in Dave’s memory can be made to St. James Independent Church, 3502 Powells Valley Rd., Halifax PA 17032 or the Lykens Valley Children’s Museum, 33 S. Market St., Elizabethville, PA 17023. The Dimon Funeral Home & Cremation Services, Inc., Tower City, has been entrusted with the arrangements. To send condolences to the family, visit dimonfuneral home.com Paid by funeral home