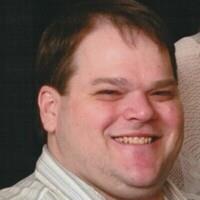 Corey Lamar Solence MECHANICSBURG • Corey Lamar Solence, 45, of Mechanicsburg and formerly of Williamstown, passed away May 10, 2020. Corey is survived by his wife of 19 years, Kathy (Putney) Solence. Also surviving him are his daughter, Amber Morgan and her husband Joshua Morgan; son, Aaron Solence; parents, Wendy and Craig Solence; sister, Carla Crist and her husband Brian Crist; and sister, Colette Clark. Corey was preceded in death by his sister, Leslie Solence; granddaughter, Trinity Morgan; and grandparents, Peter and Eva Solence and Charles and Carol Zerby. Memorial services will be announced at a later date. In lieu of flowers, donations can be made in Corey’s honor to the Christian Life Assembly, 2645 Lisburn Rd., Mechanicsburg PA 17011. Donations can be made online at pushpay.com/g/chris tianlife?src=hpp
This is a paid obituary