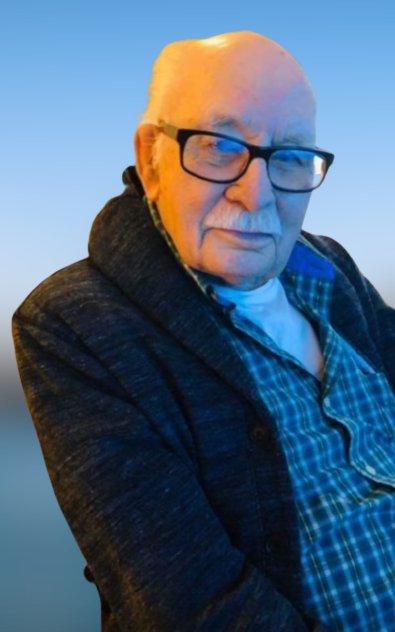 WILLIAMSTOWN • Charles L. Michaels, Sr., 92, a resident of the Polk Personal Care Center, Millersburg, formerly of Williamstown and Wiconisco, passed away peacefully Thursday, Feb. 11, 2021, at the center surrounded by his family. He was born in Porter Twp. Dec. 6, 1928, a son of the late William and Lydia Crabb Michaels. He was a U.S. Army veteran serving during World War II and the Korean War. He was a member of the Elizabethville American Legion. Charlie was a retired mechanic with the former Engle Ford, Millersburg. He enjoyed his books on tape; playing bingo with his friends at Polk and going to sales. He was preceded in death by his wife of 66 years, Faye D. Ramer Michaels, April 20, 2016. Surviving are his four children, Charles “Mike” Michaels, Jr., (Lucille), Wiconisco; Dennis L. Michaels (Sheila), Linglestown; Jody V. Bowman (James), Millersburg, and Joey D. Michaels (Margaret), Florida; four grandchildren, eight great-grandchildren; one sister, Shirley Salada, Reinerton; nieces and nephews. Private services will be held at the convenience of the family from the Chapel of the Dimon Funeral Home, Inc., Tower City, with Pastor Annette Shutt officiating. Burial with military honors will be in the Indiantown Gap National Cemetery. In lieu of flowers, donations in Charlie’s name can be made to the Polk Personal Care Center, 301 North St., Millersburg, PA 17061. To send condolences to the family, visit dimonfuneralhome.com Charlie’s family would like to thank Lebanon VA Medical Center (Visor Group), which has been so good to their father through the years. A very special thank you to the Polk Personal Care Center, which was like family and provided loving care when needed the most. Paid by funeral home