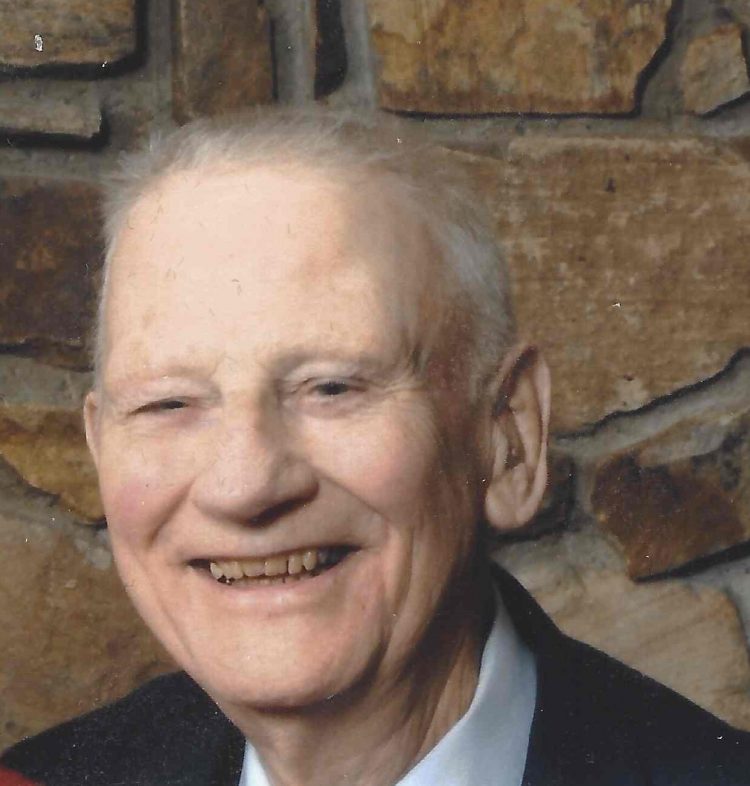 Cerene J. Paul
FAIRBANKS, AK • Cerene J. Paul passed away on March 19, 2020 at the Pioneer Home at 95 years of age. His immediate family members are his only child Marilyn Radke and husband Ryle.
Cerene was born in Klingerstown, PA, on Feb. 17, 1925 to Jay and Jennie (Knorr) Paul. He had one sister Mae Paul. His mother died when Cerene was about eight years old. His father’s second marriage to Verna gave C.J. two half-brothers, Lyman and Terry. Terry and his wife Arlene survive C.J. and live near Wilkes-Barre, PA.
C.J. enlisted in the U.S. Army in 1943 and, after basic training, was assigned to the Signal Corps. and was sent to France to serve in World War II. He was in communications during and after the war and did pole climbing and wire stringing. After the War he returned to Millersburg where he met his future wife, Mary Heinbaugh. C.J. served in the Air Force as part of the Allied Occupation in Germany from 1948-1952. Mary came to Germany on an ocean liner, and they were married Nov. 1, 1951.
Returning to the U.S., C.J. was stationed in Dover, DE, during which time Marilyn was born. He was sent on a short-term duty to Bermuda, then back to Germany for three years, followed by three years in Georgia, before his final duty station at Eielson AFB, Alaska, arriving in 1961. He worked as a cable splicer for underground telephone lines. He retired from the Air Force with the rank of Technical Sergeant. He then worked at Eielson with the Civil Service for 10 years, before full retirement in 1976. He received several awards, metals and ribbons for his military service.
C.J. was an avid hunter and part-time fisherman, starting as a child in Pennsylvania with squirrels and rabbits. C.J. hunted in Germany during his time there, and he harvested two rare birds, roe deer, wild boar and other animals. In Alaska C.J. became a skilled sheep hunter, taking several Dall rams. He took a Stone sheep in Canada, a Rocky Mountain Big Horn in Montana, and finally a Desert Bighorn in Arizona, which completed his grand slam of North American sheep. He also harvested a black and a grizzly bear, mountain goat, several large moose, and caribou. He enjoyed going to Chitina to dip net for red and king salmon. C.J.’s last hunt was for another Desert Bighorn in Nevada when he was nearly 94 years old. It was unsuccessful, but he gave it a good try.
C.J. was a 33rd degree Mason and a Shriner, for which he received honors. He was an excellent, competitive bowler, once bowling a perfect 300 game and once a 700+ series. He belonged to several local organizations like the Tanana Valley Sportsmen’s Association, the Air Force Sergeants’ Association, and the Alaska Outdoor Council.
C.J. was baptized on October 1, 2019 upon confessing Jesus Christ as his Lord and Savior, and became a member of Badger Road Baptist Church, where he and Mary attended for many years.
After nearly 63 years of happy marriage, Mary predeceased C.J. on September 9, 2014. C.J. continued to live independently in a senior condo complex. He spent his last two months under the care of the Pioneer Home, whose nurses and aides treated him very well. We thank them very much.
Besides his daughter, son-in-law and brother Terry, C.J. is survived by several nephews, nieces and cousins, living mostly on the East Coast. One nephew Kim Heinbaugh and family live in Glennallen, Alaska. A memorial service with military honors is planned, but the date is undetermined at this time due to the corona virus outbreak. In lieu of flowers, donations may be made in his name to the Porter Heart Center at Fairbanks Memorial Hospital or Badger Road Baptist Church.
This is a paid obituary