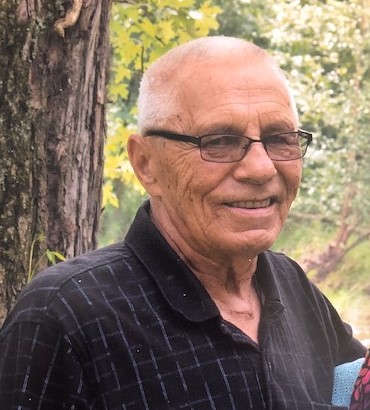 Bruce A. Lehman
ELIZABETHVILLE • Bruce A. Lehman, 77, of Elizabethville, passed away May 14, 2020, at UPMC Pinnacle Harrisburg, Harrisburg, PA.
He was born in Dalmatia March 23, 1943, a son of the late Charles Lehman and Gertie Bingaman Lehman.
He served in the U.S. Navy and was a 1961 graduate of Mahanoy Joint High School.
Bruce loved family gatherings, driving tractor, football, baseball games and said his children couldn’t marry anyone who wasn’t a Steelers fan. He loved socializing with people in the PG Campground and sharing meals and treats with them. Bruce loved traveling to Florida for the winter and just basking in the sunshine while the snow was flying in Pa. He attended many country music concerts and road trips while in Florida.
For many years he worked at the YMCA and gained many friends while working there. He taught his children and grandchildren many lessons about maintenance and how to fix things. There was no end to his ability to get things done, maybe not conventional, but it worked. He had a good life and loved his family dearly.
Bruce is survived by his wife, Esther Zartman Lehman; two sons, David (Donna) Lehman of Sebring, Fla., and Jeffrey (Heidi) Lehman of Pillow; two daughters, Penny (Michael) Troutman of Herndon and Tina (Timothy) Lesher of Sewickley, Pa.; 11 grandchildren, Jami Llewellyn, Joseph Lehman, Shane and Jessica Latsha, Jennifer and Alexis Lehman, Shawnita Latsha, Gatlyn Troutman, Gavin (fiancé Lilya Renner) Troutman, Brynn Lesher and Mara Lesher; seven great-grandchildren, Dyllan and Cameron Harner, Daniel, Liam, and Piper Llewellyn, Robyn and Harper Latsha.
A private family service will be held at a later date.
In lieu of flowers, donations can be made to American Cancer Society, or Life Team in Elizabethville.
James A. Reed Funeral Home, Pillow, is in charge of the arrangements.
To sign the online guest book, or to post a picture of Bruce, visit reedfh.com
This is a paid obituary