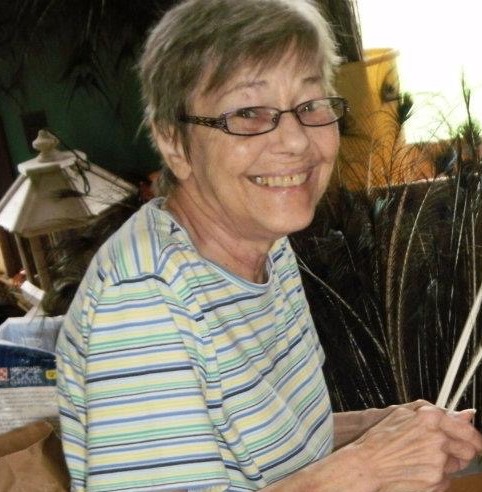 GRATZ • Beverly A. Wiest, age 82, of Lykens Twp., passed away peacefully Oct. 17, 2019, at her home. She was born April 3, 1937, in Schuylkill County. She was the daughter of the late Lee and Dorothy Hauck. Beverly was the wife of Donald Wiest, to whom she was married for 66 years. Beverly was a former stockholder of the Gratz Fair Association and served as the superintendent of the floral department, fruits and vegetables, and herbs. She worked as a veterinary assistant and a dog groomer for several years. Beverly’s hobbies included tole painting, stitchery, knitting, macrame, sewing and gardening. She loved her animals, including peacocks, dogs, cats and horses. In addition to her husband Donald, Beverly is survived by a son David Wiest (Deb) and a daughter Jill Wiest (Rick Brown), both of Lykens Twp.; two grandchildren Heidi Wiest and Justin Wiest; a brother Robert Hauck (Gayle) and a sister Mary Alice Blood. In lieu of flowers, the family requests that donations be made to Residential Hospice, which did a wonderful job of caring for Beverly during the last few weeks. Donations can be mailed to 100 Sterling Pkwy, Suite 110, Mechanicsburg, PA 17050. Hoover-Boyer Funeral Home, Ltd., in Millersburg is handling the arrangements. To sign the online guestbook for Beverly, visit minnichfuneral.com
This is a paid obituary