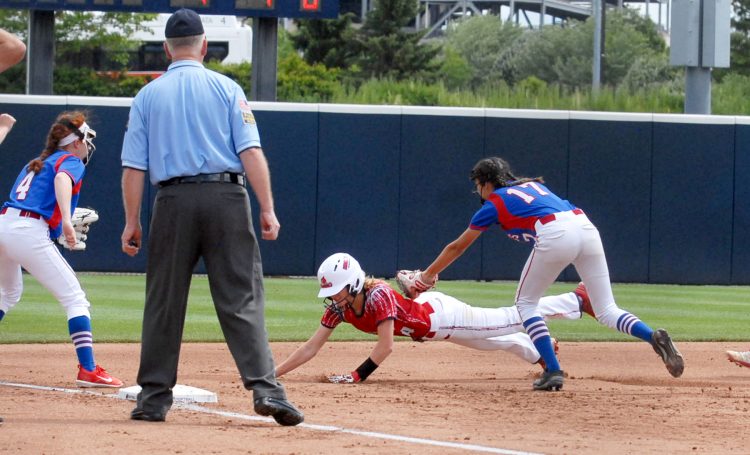 UNIVERSITY PARK • An exceptional all around performance on offense and defense from each player earned Williams Valley its first PIAA Class 1A championship since 2016 and its third since 2013.

On a sun-drenched late morning at Pennsylvania State University’s Beard Field June 14, the Lady Vikings wasted no time in getting on the scoreboard, eventually shutting out DuBois Central Catholic 5-0.

“It’s unbelievable. This is my first title and my third time being here,” said Viking Head Coach Ryan Underkoffler. “We got over the hump from the last two years when it was so close. Before, we hadn’t gotten that key offensive hit or that key defensive play, but this time we did. We made the plays.”

Behind the brilliant pitching of Emma Crisswell, the Lady Vikings fired on all cylinders for the game’s almost 90 minutes of action.

With the Vikings designated the home team, Crisswell looked poised and confident right from the start.

When it came down to making the big plays, execution was the name of the game for Williams Valley, which got down – and at times dirty – in making great defensive plays.

‘Ferron to Ferron to Crisswell’

In the top of the first inning Crisswell and the Vikings retired the first three Cardinal batters they faced as excited fan sturned the volume up,