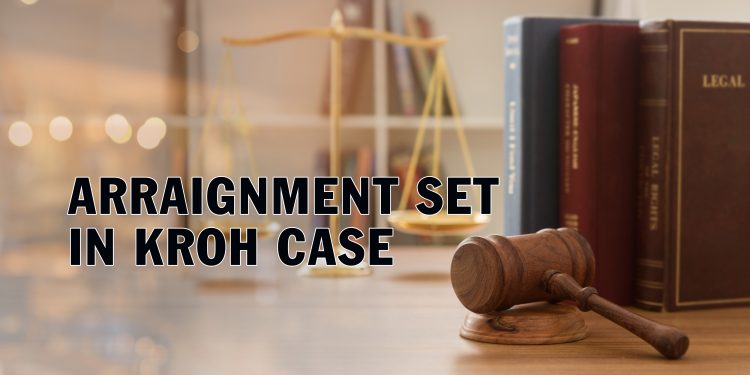 Formal arraignment has been scheduled for Matthew P. Webster, the first individual to be arrested in connection with the now 30-year-old Tracy Marie Kroh case.

The formal arraignment will mark the transition of Webster’s case from the district court to the county court level.

(A preliminary hearing on the matter had been scheduled for Aug. 26 but was canceled.) Webster, 54, will be expected to enter a plea of ‘‘guilty’’ or “not guilty’’ to the single felony charge Oct. 11.

Kroh was legally declared missing Aug. 6, 1989, the day after she had not returned home from an errand. She was 17 at the time.

At this time, authorities consider her case both a ‘‘kidnapping’’ and a ‘‘homicide.’’ Authorities’ investigation into Kroh’s fate had included an interview with a woman described as ‘‘a material witness’’ in the case.

In that interview, she claimed Webster told her he and other individuals sexually assaulted then murdered Kroh in August 1989.

After the grand jury was impaneled, the woman and Webster reportedly discussed what she should say when on the stand. Webster himself testified Aug. 8 and claimed that he had never spoken to the woman about her own testimony. However, a court-approved wiretap confirmed that they had spoken a few days before the woman was herself scheduled to take the stand.

Webster was taken into custody after testifying. He remains in prison this week on $500,000 bail. At the present time, he has not been charged in connection with any harm done to Kroh.

The woman to whom Webster had spoken also is not facing any charges at this time.