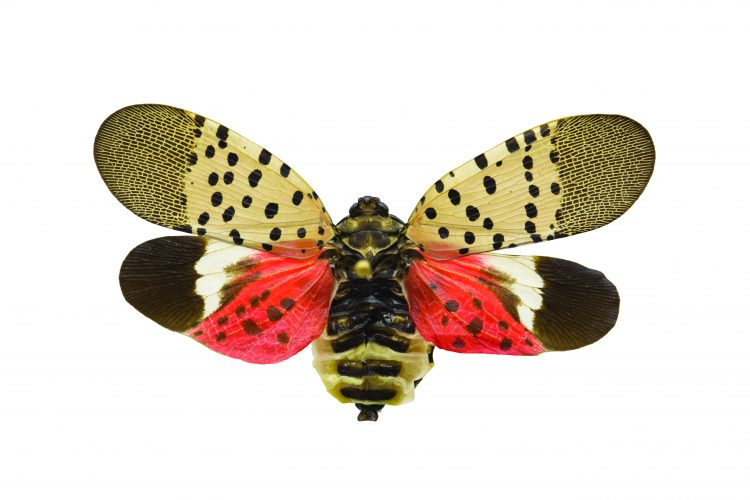 HARRISBURG • As of press time for this week’s issue, all three counties in the Sentinel area are now in Pennsylvania’s Spotted Lanternfly Quarantine Zone, as determined by the state Department of Agriculture.

Northumberland was among the 12 counties added to the zone last week. The zone also covers Dauphin, Schuylkill and 23 other counties in the commonwealth. (Dauphin and Schuylkill had been placed in the zone more than a year ago.)

A county is placed in the zone once one or more municipalities are known to have an infestation of spotted lanternfly egg masses or live insects. The Quarantine Zone designation is intended to impede further infestation in each county or elsewhere, the Ag Department stated. “Most of these municipalities have already been aggressively treated,” Dr. Ruth Welliver, director of the Bureau of Plant Industry, said in a press release. “With continued aggressive

An adult spotted lanternfly measures about one inch long and one-half inch wide. They are present from mid-July through the fall, when they mature and lay eggs, which will hatch in the late spring. (Photo courtesy of Penn State Extension)