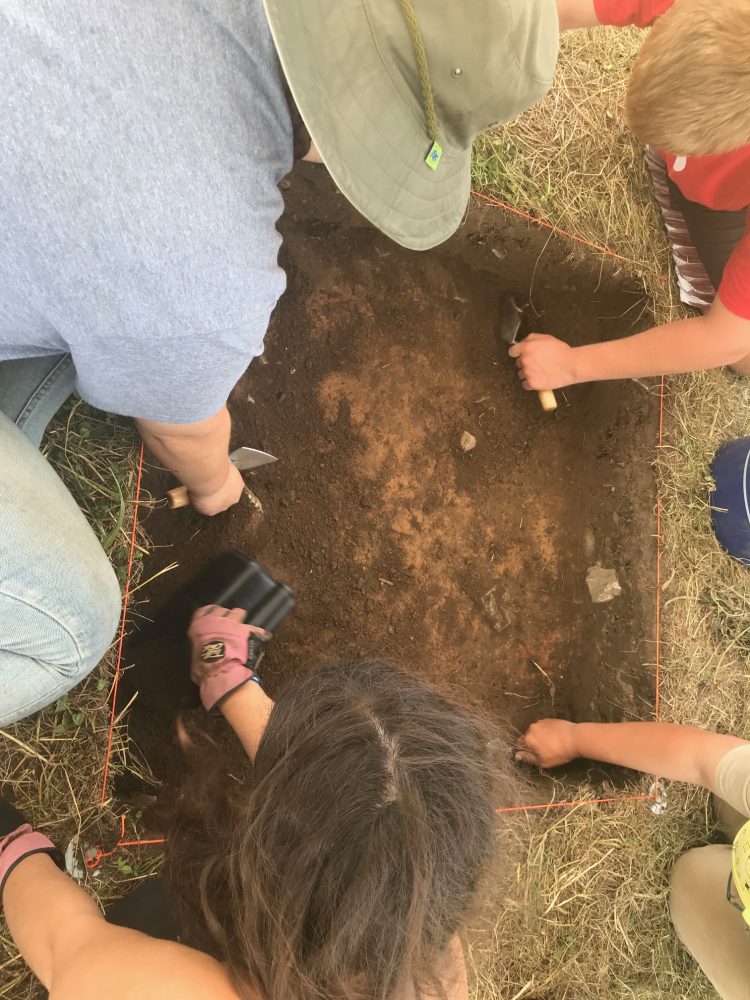 Almost two weeks of archeological research in Fort Halifax Park may have confirmed some of the fort’s original footprint. Evidence uncovered during the ‘‘dig’’ points to what appears to be the Colonial-era fort’s southeast quadrant, according to Dr. Jonathan Burns of the Juniata College Cultural Research Institute, who is overseeing the expedition. ‘‘We believe we are standing inside the original fort,’’ Burns told assembled news media June 25 as work continued in the field north of the park’s barn and outbuildings. According to Burns, signs of the fort’s original floor were found in multiple excavation sites in the same general region. Artifacts found during the excavations also were compared for similarities. Excavation was preceded by extensive scouring of the field area by metal detectors and ground-penetrating radar. The original Fort Halifax was part of a network of army garrisons built in the 1750s across the frontier of Pennsylvania when it was a colony under British rule. The forts, which included Hunter, Augusta, Ligonier and Necessity, among others, were intended as a defense measure SEE FORT HALIFAX • PAGE A2