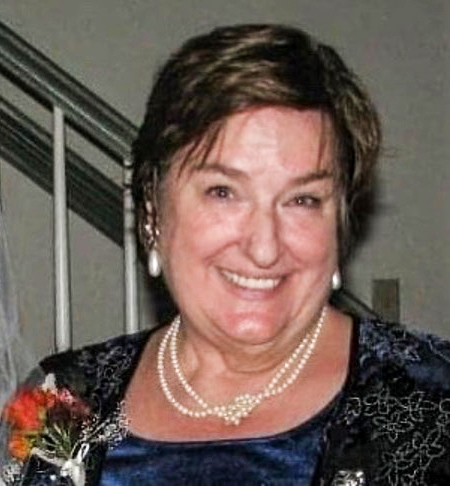 SMITHFIELD, N.C. • Anne Dupré Lumpkin Beach, age 75, passed away Saturday, Feb. 20, 2021, at UNC Hospital in Chapel Hill as a result of complications from COVID-19. Anne was born Oct. 8, 1945, in Charleston, S.C., to the late Rev. William Wallace Lumpkin and the late Dallas Hirst Lumpkin. She moved to Pittsburgh, Pa., in 1948 and then to Rock Hill, S.C., in 1951, where she spent the rest of her childhood. After graduating from Rock Hill High School, she double-majored in English and history at the University of South Carolina in Columbia, S.C., where she was inducted into Phi Beta Kappa, was one of 36 USC students selected for the 1967 edition of ‘Who’s Who’ and graduated with high honors in 1967. She then earned her master’s degree in history at the University of Georgia. She married Robert H. Beach, Jr. in 1968 while in graduate school. The couple moved to Virginia and then Pennsylvania, where they raised their children on their dairy farm in Halifax, Pa., for 20 years before moving to North Carolina. Anne was a devoted mother who focused on ensuring that her children were able to pursue their interests and passions. Before her first child was born and again as her youngest children got older, she taught at colleges in Georgia, Virginia, Pennsylvania and North Carolina and was a substitute teacher for Halifax Area School District. She loved taking pictures, journaling and scrapbooking, antiques, history, genealogy and traveling to new places, but most of all she enjoyed talking to and spending time with her family and friends. One of her favorite times of year was the annual Lumpkin family reunion in Edisto Beach, S.C. All year long, she looked forward to the opportunity to return to the beach and see her extended family. In late 2020, Anne published a memoir, Weeds Growing through the Bottom of the Boat, to preserve childhood memories of summers spent at her family’s beloved Edisto Island for her extended family and future generations. In addition to her parents, she was preceded in death by her brother William Lumpkin, Jr. and granddaughter Susannah. Mrs. Beach is survived by her husband of 52 years, Robert H. Beach, Jr.; her four children and 17 grandchildren: Robert Beach, III and his wife Rachel (Andrew, Ashley, Benjamin, Rebecca, Emily, Samuel, Matthew, Jacob and Clara), Dallas Griswold and her husband Jim (Sarah, Maxwell and Ryan), David Beach and his wife Kellee (Caden and Cabrie), and Lauren Wilkins (Sawyer, Silas and Salem); and six brothers and sisters: Dallas Garbee (Richard), Arthur Lumpkin (Karen), Alexander Lumpkin (Janice), Betty Gregory (John), Rev. Michael Lumpkin (Ellen) and Julia Lumpkin (Timothy Kana); as well as many nieces, nephews, great-nieces and great-nephews. Due to the ongoing pandemic, there will be a small private memorial service at St. Paul’s Episcopal Church in Smithfield, N.C. Interment at Trinity Episcopal Church, Edisto Island, S.C, will take place at a later date. In lieu of flowers, memorial contributions may be sent to the Dallas Hirst Lumpkin Memorial Scholarship Fund, 1211 Adger Rd., Columbia SC 29205 (dhlscholar.org) Paid by family