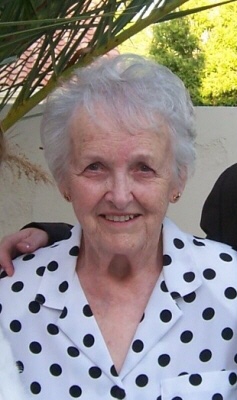 Anna Branchick Miller
MILLERSBURG • Anna Branchick Miller, age 88, of 1331 Shippen Dam Rd., Millersburg PA 17061 was called home by her Lord and Savior, Jesus Christ, on June 17, 2020, in Millersburg. She was born on March 1, 1932 in Elizabethville, Pa., the daughter of the late Theodore Frank Branchick and Mary Komernicky Branchick. Anna was married to Marlin Miller for 62 years prior to his passing in 2017. Anna spent her childhood in Elizabethville and was a graduate of the former Elizabethville High School. She was first and foremost a homemaker all her life. In her early adult years, she worked at Muskin Shoe Co. in Millersburg; and later in life, in the coding department for Blue Cross/Blue Shield. Anna was an Avon representative for over 50 years. She was Judge of Elections for Upper Paxton Twp., a member of Salem Lutheran Church in Killinger, the Red Hat Society, the Millersburg Moose, ABWA, and the Millersburg Senior Center. Anna loved spending time with her children and participating in all of their activities. She was a 4H leader and a Girl Scout leader. She enjoyed bowling, card club, family picnics and parties, bus trips with friends, and entertaining her grandchildren and great-grandchildren. Anna is survived by her daughters, Ruth Cavallucci and her husband, Larry of Phoenix, Ariz., and Sandra Pancoe and her husband, Stephen of Millersburg; a son, Terry Miller and his companion, Betty of Millersburg; grandchildren, Michael Martin and his wife, Heather of Bellingham, Wash., Carra Jost and her husband, Jared of Santa Monica, Calif.; five great-grandchildren, Olivia, Caleb, Matthew, Eloise, and Jack; her two brothers, Daniel Branchick and his wife, Jane of Millersburg; David Branchick and his wife, Mary Jane of Elizabethville; nieces and nephews, Dennis Branchick, Jeff Branchick, Alicia Branchick Christie and Steve Branchick. In addition to her husband Marlin, Anna was preceded in death by a brother, Frank Branchick. The family will not hold any public services at this time. There may be a memorial service at a later date which will be announced by the family. In lieu of flowers, the family requests that donations be made to Millersburg Women of the Moose Chapter No. 1083, 345 Market St., Millersburg PA 17061. Hoover-Boyer Funeral Home Ltd. in Millersburg is handling arrangements. To sign the online guestbook, please visit minnichfuneral.com
Paid by funeral home