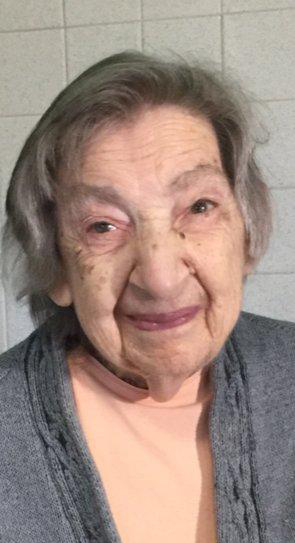 TOWER CITY • Alma Mae Burger, 94, of Tower City, passed away Tuesday, Dec. 15, 2020, at UPMC-Pinnacle, Harrisburg. Born Aug. 10, 1926, in Gratz, she was a daughter of the late Gurney and Jennie Fetterhoff Williard. Alma was a retired seamstress from the former Bobbi Rogers Garment Factory. She was a member of the Kingdom Hall of Jehovah’s Witnesses. In her spare time, Alma enjoyed sewing, listening to music, clog dancing and playing the piano and violin. In addition to her parents, she was preceded in death by her husband, Robert Burger, 1969; a son, Ronald Burger, Dec. 13, 2013; and seven brothers and six sisters. She is survived by a son, Scott Burger and his wife Lisa of Lykens; daughter-in-law, Susan Burger of Williams-town; five grandchildren, nine great- grandchildren; five great-great-grand-children; two step-grandchildren and two step great-grandchildren. Private services will be held at the convenience of the family with Elder Paul Frantz officiating. Burial will be in the Williamstown Methodist Cemetery. In lieu of flowers, memorial donations can be made to Alzheimer’s Association, 3544 N. Progress Ave., Suite 205, Harrisburg PA 17110. The Dimon Funeral Home & Cremation Services Inc. has been entrusted with the arrangements. To send online condolences to the family, visit dimonfuneral home.com Paid by funeral home