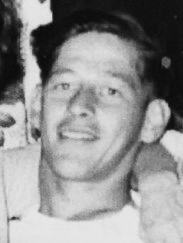 Alfred E. Deibler DALMATIA • Alfred E. Deibler, age 89, of Sunbury St. and formerly of Elizabethville, passed away Jan. 14, 2019, at the Geisinger Medical Center, Danville, Pa.
He was born June 21, 1929, in Berrysburg, son of the late Harrold and Sara (Weaver) Deibler. He was the widower of Joyce A. (McCormick) Deibler.
He was a veteran of the Air Force and had served during the Korean Conflict. He was a retired truck driver for Shaffer Trucking.
He was a member of the former Elizabethville VFW and currently a member of the Gratz VFW Post No. 2385. He had worked with the former Elizabethville Ambulance. He enjoyed NASCAR, watching news on TV and being outdoors.
He is survived by a son, George B. Deibler, Halifax; sister, Janet Hoffman, Chicago, Ill.; seven grandchildren, Melissa Davis, Sandra Bryington, A.J. Deibler, Tanelle Paul, Brian Deibler, Cody Deibler and Justin Deibler; 14 great- grandchildren and one great-great grandchild.
Services were held at Hoover-Boyer Funeral Homes, Ltd., Elizabethville, Jan 22, 2019. Burial with military honors was held at Riverview Memorial Gardens, Halifax.
Memorial donations may be made to the Gratz VFW Post 2385 at 424 Specktown Rd., Lykens, PA 17048.
To sign the guestbook, go to minnichfun eral.com
To send flowers or a remembrance gift to the family of Alfred Deibler, visit the Tribute Store.
This is a paid obituary