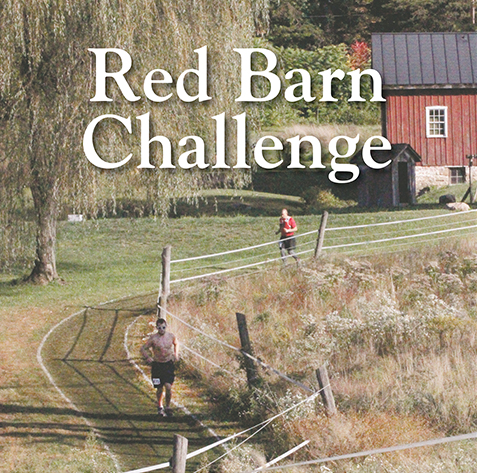 Story and Photos by Jim Miller

One of the race coordinators, Clayton Bouchard, stressed that the event was about giving back to the local community, both directly and indirectly. Many of the competitors and their support staffs came from out of the area, which means out-of-the-area money being spent in the area.

He could not thank all the volunteers who donated their time to making the event a success.

The hopes are for the Red Barn Challenge to become an annual event, just as the Tour de Millersburg has become – and grown.

The event consisted of three divisions – runners chose to compete in either 24-, 12- or six-hour divisions. Organizers were pleased that the 75-participant limit was reached, and there even was a small waiting list. The race course was cut through the Marzella family farm and consisted of rolling hills and some minimal elevation change over the course of the one-mile circuit.

Each competitor navigated the course in their respective division in hopes of completing the most laps that they could by the 7 p.m. cutoff time Oct. 3. Competitors ranged SEE RED BARN • PAGE A8

Runners pace themselves on a portion of the Red Barn Challenge course. (Additional photos are on Page A8)